Recently, I've handled several cases where panicked parents have received letters stating that they should surrender their adopted child's US passport. 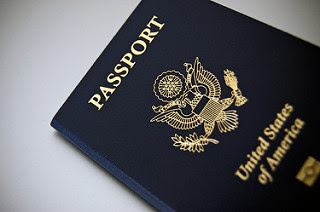 Usually, the parents went through the rigorous process of adopting while they were living overseas.  They had a home-study done by a US accredited agency.  They filed the I600A or I800A.  They completed the intercountry adoption process and the child was granted either an IR-3 or IH-3 visa.  They then came to the U.S. for a while with the child and obtained a U.S. passport for the child.  Often, the Certificate of Citizenship issued by USCIS was sent to their U.S. address. Then, both parents and child returned to their overseas address.

In the past, this worked well.  But, now, the Department of State and USCIS have both determined to treat these cases differently.

The family that followed this route will get a letter from the Department of State telling the parents that the child's passport was issued erroneously and is revoked.  There are instructions to surrender the passport either to the U.S. Embassy in their country of residence or by mailing to an address in the U.S.

A second letter is issued by USCIS which says that it cannot issue the Certificate of Citizenship because the child has not yet qualified for citizenship under INA 320.  The rationale is that the child is NOT residing in the U.S in the legal and physical custody of the adoptive parent, but is residing overseas with that parent.

This is all technically accurate.  The law has always required that the child be living in the U.S. with their adoptive parent to qualify for citizenship under this set of circumstances.  But, this was not enforced before and most adoption agencies advised their overseas adoptive parents to adopt, obtain the visa and go visit Grandma in the U.S. for a few weeks to get the child's U.S. passport. 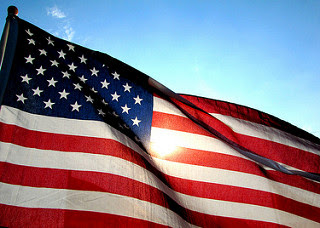 What to do?  The family should hire an experienced immigration attorney to handle the case because it can be done the wrong way.  They will have to take a number of steps including:

1.  Making sure that the child's original passport from the foreign country is still valid.
2.  Obtaining a visa for the child to reside in the foreign country to be placed in that foreign passport
3.  Surrendering the child's U.S. passport once the above has been accomplished  and obtaining proof that the passport has been surrendered.  For this reason, we recommend surrendering the passport at the Embassy itself, not by mailing it to the address in the U.S.
4.  Obtaining a visitor's visa for the child in the foreign passport so that the child may travel temporarily to the U.S.
5.  Filing the N-600K to apply for citizenship for the child under INA 322.  It is best to work with an attorney on this step.
6.  Once the N-600K is approved, flying with the child to the U.S. office that has scheduled the Citizenship interview.
7.  Once the child satisfies the examiner at the interview, the child will receive a new Certificate of Citizenship.  She can then apply for a new U.S. passport.

More information about this process can be found on the USCIS web-site which was just updated on September 21, 2017.
https://www.uscis.gov/adoption/bringing-your-internationally-adopted-child-united-states/us-citizenship-adopted-child

This web site and the information contained within have been prepared by Law Offices of Karen S. Law, PLC for informational purposes only and does not constitute legal advice. This information is not intended to create, nor does receipt of it constitute an attorney-client relationship. Viewers should not act upon information found here without seeking legal counsel. All photographs shown on this web-site are depictions of clients and are not actual clients of this law firm. Copyright Karen S. Law, 2018.
Posted by Law Offices of Karen S. Law at 9:44 AM No comments: